By lt in Uncategorized on September 14, 2012
No comments 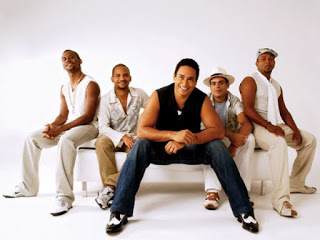 Harmonia do Samba Friday September 21, 2012 at Webster Hall | 125 East 11th Street between 3rd and 4th Aves NYC | General Admission only $50.00 for a limited time | For more info call Beleza NYC (646) 801-9390
Harmonia do Samba has sold over 4 million records and performs an average of 120 concerts per year in Brazil and abroad. It is one of the top pagode groups from Bahia and has achieved a solid place in the Brazilian Popular Music genre, Música Popular Brasileira (MPB).
The group’s signature rhythm mixes two styles that can be considered sub-genres of samba, pagode and axé, that has seduced followers all over the world and made an indelible mark on pagode.
During the summer of 2011, Harmonia do Samba recorded its third DVD, “Selo de Qualidade” (Mark of Quality) and in May 2012 released their 13th album, “Tudo de Novo” (Everything Over Again).
Harmonia do Samba has been nominated for Latin Grammy Awards in the United States for two consecutive years, in 2008, “Best Contemporary Regional Music Album,” and “Best Album – Samba/Pagode” in 2009. The group also performed at the Latin Grammies in 2008.
Many famous Brazilian artists have collaborated with the group including Ivete Sangalo, Sandra de Sá, Cláudia Leite, Carla Perez, Léo Santana (Parangolé), Márcio Victor (Psirico), Saulo Fernandes (Banda Eva) and group Exaltasamba.